Haunt-Related News as We Creep Toward Halloween.

This blog is based on Episode 192 of our Haunt Weekly podcast in which we discussed haunting news for July and August. As usual, it’s me, Jonathan, with Crystal joining in the fun.

A Petition to Move Halloween

Our first story is about a petition to move Halloween—or at least trick or treating—to the last Saturday in October. This has gone viral, and I’m referring to an article by Bianca Sánchez of the Chicago Tribune.

“This has been all over our groups. You’ve heard about this thing, I’m positive of it,” said Crystal.

Yeah. It’s a change.org petition. When I looked at it while doing the show notes earlier today, there were about 136,000 signatures. The petitioners claim the move would increase safety, make the holiday an all-day affair, let kids have the entire day to do spooky stuff, and maybe do trick or treating an earlier hour. The response has been mixed, but, among the haunters’ groups we’re a part of, this has been roundly condemned. On Facebook, it seems like there’s a divisive response around it. The Mars Candy Company said it will give away a million candy bars—in particular, Snickers—if Halloween is moved.

“To me, that just says they’ve got a million candy bars they want to get rid, even if it means giving them away.”

Let’s first talk about why this is asinine and stupid, and then let’s come back and talk about why it makes me mad—why I’ve switched from laughing at this to being outright POed about it. The reason it’s stupid is multi-fold. First, Halloween, for many people, is a religious holiday. It’s All Hallows Eve, All Saints Eve. All Saints Day is November 1st, and All Hallows Eve—a traditional time of festivities and celebration that’s observed by multiple religions—is October 31st. End of story.

My proposal is to make it a holiday. If we do that, we don’t have to move it. We don’t have to shift this holiday for commercialization purposes. We get to enjoy it when we should.

The last thing I’ll say about this is, if you’re going to buy and sell pieces of Halloween, at least do it right. At least follow the Christmas template, you know, and do it right. They didn’t move Christmas to the last Saturday in December—they made Christmas a holiday. 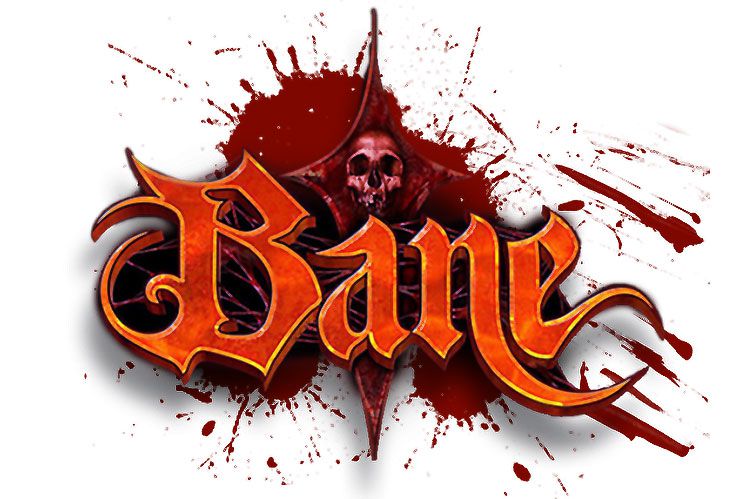 So the next news item has to do with the decision to move Haunt Bane Haunted House from New Jersey to Hell’s Kitchen in New York after the lease was up. The claim is that the attraction outgrew the area. There are so many things to consider with this. You have to rebuild your demographics and all your customer base whenever you do a move like this. The people in New Jersey may not follow you to New York.

Here’s the thing. We live in a city divided by a river, and we live on the less cool side of the river. We live on the West Bank. We call ourselves the Best Bank, but we know the truth. We’re the best bank in that we’re the best place to not get woken up by drunken revelers at 3:00 AM. We’re the best bank in many respects, but I understand what it means to be divided by a river. If we moved our haunt from the West Bank to the East Bank, we’d lose a lot of our demographics. A lot of our current attendees, a lot of our regulars, would be gone. I know that. That doesn’t mean you slap them in the face as you’re leaving.

“You want them to follow you. You want to say, ‘Hey, we’re just 15 minutes from our previous location,’” offered Crystal.

Yeah, we say, “The lease ran out. We found a great new location that we’re excited to show you.” Don’t make it about you outgrowing New Jersey. You can make it about you outgrowing that space, that location. That’s fine. But don’t say, ‘We were the biggest, baddest haunt in New Jersey, and we outgrew New Jersey, so now we’re out of here. Screw you losers stuck in New Jersey.’ You could have said this in so many ways without patronizing New Jersey. My God. There are a lot of ways this could have been done. You know, people in New Jersey don’t have a reputation for taking slights very well.

Anyway, the new Bane will open September 20th and run through November 10th. That’s a really long run. The building is about the same size as the previous one in square footage, but it’s five stories. So now they’re adding in stairs.

Reindeer Manor Halloween Park in Dallas has announced a new 3D haunt. We’ve talked a lot about this haunt. It’s on our list of places we have to go and see. They’re introducing a “Dungeon of Doom” 3D attraction. Apparently, they’re not fans of 1990s wrestling, or they might’ve rethought that name. The Dungeon of Doom was a plot in Hulkamania in the early ‘90s. I’ll always think of the Dungeon of Doom as that.

“There’s not a lot about this haunt at the moment. The little video shows it being like a retro video game,” said Crystal.

Yeah. It looks cool. Like a lot of ‘80s and ‘90s, retro video-game stuff in there, but then apparently a lot of furries, too. I don’t know if these are just the promotional furries or if they’re furries that are actually going to be in the haunt. This 3D attraction is joining their other attractions of 13th Street Morgue, Shadow House, and The Reindeer Manor.

But here’s the thing I find interesting—they’re only open 12 nights.

The Actor who Played Michael Myers in the Original “Halloween” Will be at Rockfalls Haunted House.

This next item talks about Tony Moran, the actor who played Michael Myers in the original “Halloween” movie. He’s going to appear at Rockfalls Haunted House for two nights only. It’s part of Haunted Haven in Rock Falls, Illinois. Tickets are $20 in advance, $25 at the door. And, like I said, this is two nights only, September 20th and 21st—so, early in season. This is pretty much opening weekend for most places.

I totally approve of haunts having celebrity guests. Knott’s Scary Farm had Elvira for a few days last year. That’s awesome. That’s a great way to get some publicity, get some traction, and that seems to be working here with this. I don’t get why they’re using Tony Moran, however. Yes, he was the unmasked version of Michael Myers in the first film and had like no screen time at all. He wasn’t the masked version. Someone else played that, so I don’t understand. He’s been able to parlay a few minutes of screen time into apparently a pretty good career of making appearances. I’m happy for him. I genuinely am. I’m not criticizing the dude. I’d do the same thing.

“Well, yeah. If you have something you can make money off of,” agreed Crystal.

If you’ve got a gimmick, if you’ve got a hook, you run with it. This isn’t me saying anything nasty about him. I’m not doing him dirty. I’m curious how it happened. It’s a great idea to get these celebrities, and this does seem like it’s getting a lot of attention, judging from both the haunter groups we’re in and other Facebook people we know. We actually know some people in that area that seem to be kind of stoked about this. So, Godspeed, you know. Even if it confuses the hell out of me, make it work, make your money, go forward.

All right. Now we have a fun video. We’re getting into the lagniappe part of the episode, and that’s always fun. The New Zealand Warriors rugby team went to Spookers Haunted House in New Zealand ahead of a visit by the Canberra Raiders. Long story short, there’s a big rugby match coming up in New Zealand with the Warriors facing the Canberra Raiders, and the Warriors took time out of their prep to go and visit Spookers, a haunted house we’ve discussed, and there’s a great documentary about it. We did a whole episode on the documentary. They billed the visit as a team-building exercise.

This last story has been making the rounds on Facebook. It’s from JoBlo.com. The Alamo Drafthouse will be hosting a clowns-only screening of “IT, Chapter Two.” The screenings will happen in September when the film is released. It’s gonna be in Austin, San Antonio, Los Angeles, Denver, Dallas, Phoenix, Northern Virginia, Charlottesville, Raleigh, and Springfield, Missouri. Come dressed as a clown and watch “IT.” If you’re not in clown costume, you can’t watch the film.

“But you can come to a later screening,” offered Crystal.

“Yeah, but what if you wanted to like dress up in a yellow raincoat or something simple instead of being a clown?”

“It says clown-only, but I don’t really know how hard they’re clamping down on that,” said Crystal.

Apparently clown green is better than everybody else’s green for these nuts. Anyway, Alamo Drafthouse did something similar for Chapter 1. This is a gimmick. This is something they do a lot. They’ll do these special, weird, whackadoodle screenings for various popular movies as they come out. I will say, for me, the big takeaway for the haunt industry is that this is a good sign. It means they’re anticipating IT, Chapter 2 to be as big a deal as IT, Chapter 1 was, and that’s good news for our industry, because IT, Chapter 1 gave us a pretty good bounce.

…finally have something to do with it.

“It’ll still be relevant, you know.”

I’m not jumping on that—we’re at the end of the episode, and I can’t go off on that tangent. Bad Jonathan. Bad, bad, bad. No, we’re just going to leave it there. The industry is going to get another bounce from IT, Chapter 2. I’m excited about it. It’s nice to have a big, blockbuster, horror movie come out right as haunt season is about to begin. It gets people thirsty for a little more of the fear and a little more the scare.