Krampus Show Debuts in Las Vegas for the 2019 Holiday Season 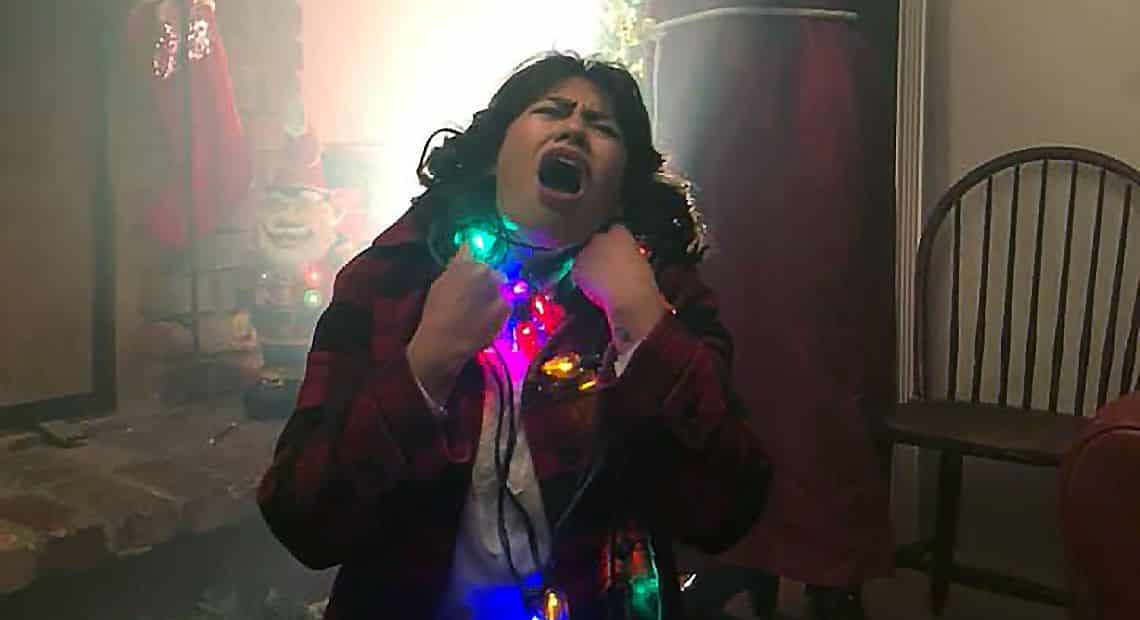 On December 5, 2019, the Majestic Repertory Theatre in Las Vegas will debut this year’s immersive holiday horror show, Krampus, which takes place at a secret residence in the northwest part of the city. This year’s Krampus performance is another a darkly comic tale created by the Majestic Repertory Theater’s Artistic Director Troy Heard. At first, it seems like a friendly holiday party with drinks and snacks at the Krumeich house. But this isn’t just another boring eggnog and small-talk family gathering. There’s Jerry and Marge Krumeich, a nice couple you’ve known for years, along with Grandma Oma visiting from Germany, daughter Carly on holiday break from college, and son, Kevin, who’s brought along an uninvited guest—and an ancient curse. The darkness that has haunted the family for centuries is about to be revealed, and the audience must help overcome or succumb to it.

“The notion of a dark Christmas has become mainstream today,” said Heard, “so it made sense to combine that aesthetic with our immersive theatre style. We’re inviting ‘friends’ over to a house for holiday party that goes terribly wrong—and this time it’s not just the family tensions at the root of the conflict, but a real, tangible evil with horns.”

However, it’s not serious horror. “Krampus is a fun type of spooky, more like a holiday episode of Tales from the Crypt than a terrifying nightmare,” explained Heard. “Audiences will be involved in Christmas games, caroling, decorating gingerbread cookies…and perhaps experience a human sacrifice or two.”

The location is at a private residence located in northwest Las Vegas that will be revealed to ticket buyers at the time of purchase.

Tickets are $45 and are on sale now at www.majesticrepertory.com.

Krampus is for audiences age 21 and up, and audience size is limited to 14 per show. The show isn’t recommended for guests who aren’t comfortable with walking, standing, moments of complete darkness, mature themes, or being in close proximity to strangers. The performance contains some potentially triggering sexual and occult themes