The Demon Barber of Fleet Street Comes to the Las Vegas Arts District from January 16 to February 16, 2020

Stephen Sondheim’s Tony-award-winning musical, “Sweeney Todd: The Demon Barber of Fleet Street,” is coming to the Majestic Repertory Theatre in Las Vegas for a month-long run in early 2020. This is the Theatre’s fourth season in the Las Vegas Arts District, and this production will take place with an intimate new staging.

“Sweeney Todd” has won eight Tonys (including Best Musical) and many other awards following its premier on Broadway in 1979, and productions of the musical have horrified and delighted audiences around the world. The musical, based on a book by Hugh Wheeler and with music and lyrics by Stephen Sondheim, is a macabre and surprisingly moving theatrical treat.

The backstory of the production is that Sweeney Todd, an unjustly exiled barber, returns to 1970s London seeking vengeance against the lecherous judge who framed him and ravaged his young wife. The road to revenge leads Todd to Mrs. Lovett, a resourceful proprietress of a failing pie shop, above which he opens a new barber practice. Mrs. Lovett’s business fortunes sharply shift when Todd’s thirst for blood inspires the integration of a special ingredient into her meat pies that has the people of London lining up…which is the first hint of the carnage to come. 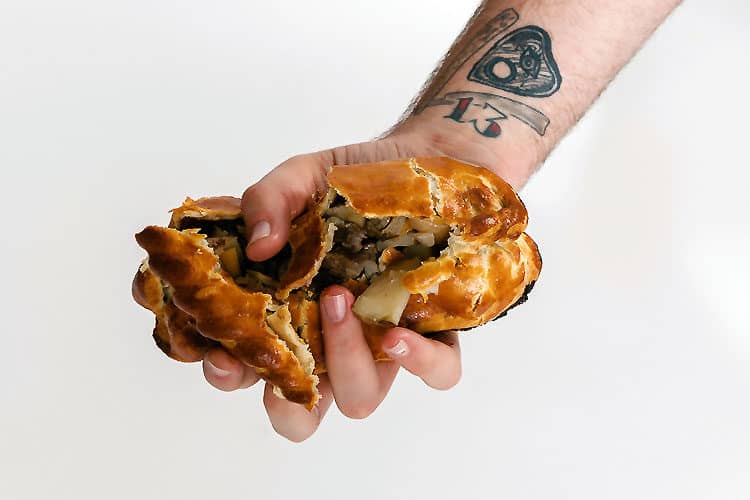 “Sweeney Todd was the entry way for me into theatre and live entertainment,” says director Troy Heard. “This was the first show I remember seeing back when I was a high schooler. I was led to believe it was going to be a slasher film on stage. Instead, I was hit with these huge emotions of love and vengeance on top of a powerful score. Thirty years later, I’m finally able to dig into this material and it’s much richer than I imagined. There’s a serious class divide between the rich and the poor – and the poor are finally making the rich pay for their transgressions. It literally has the punk ethos of ‘eat the rich’.”

Performances of “Sweeney Todd: The Demon Barber of Fleet Street,” will take place from January 16 through February 16 on Thursdays, Fridays, and Saturdays at 8 p.m. and Sundays at 5 p.m. The Majestic Repertory Theatre is located at 1217 South Main Street in Las Vegas. General admission tickets are $28 online and are on sale now at www.majesticrepertory.com. Visit the website or call 702-423-6366 for details.